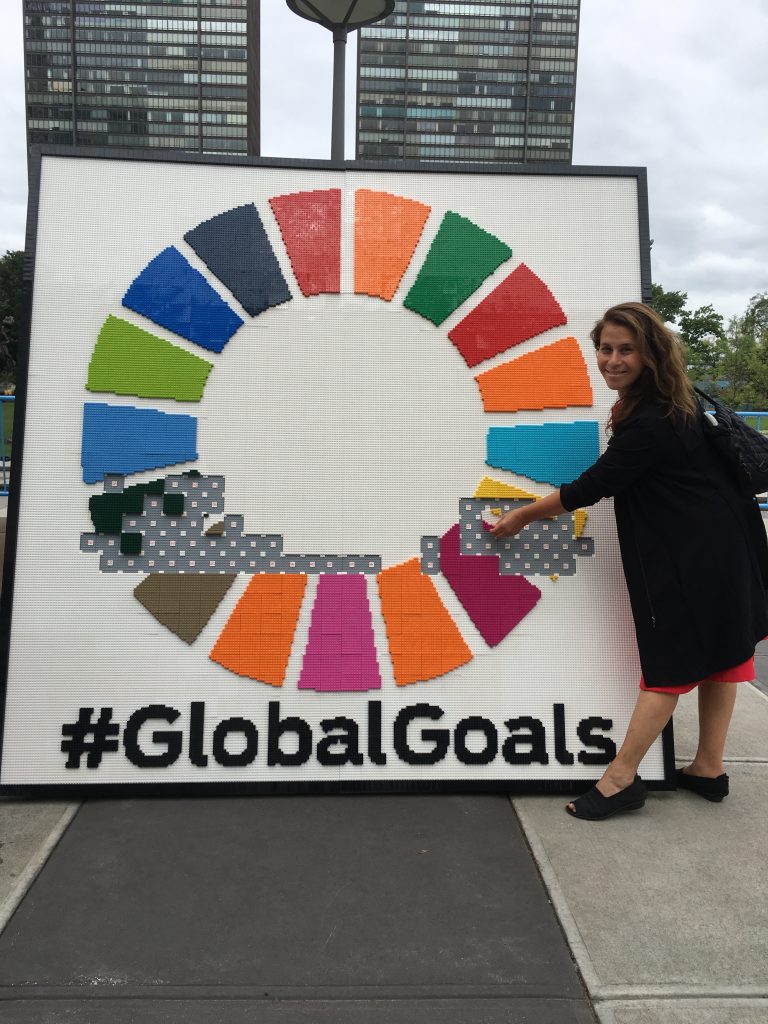 On December 3, 2018, the United Nations Conference of the Parties 24 (COP) started it’s annual meeting and discussion on Climate Change, this year in Poland, a country which relies heavily on coal for it’s source of energy.

Like a lego set with pieces missing, annual United Nations climate conferences and meetings too often seem like projects that will never be completed with their purposes and goals beyond our imaginations. In fact, COP24 (The 24th Conference of the Parties) may not even be in your lexicon, never mind on your radar. If you live in the United States –  United Nations negotiations on climate change seem to be sliding ever further away from the limelight, even as scientists and our planet tell us we need to have climate solutions front and center, as they have never been more important then they are today.

For our Climate Mamas and Papas who ARE wondering what is happening in Poland,  countries from around the world (including the USA) are attending the 24th Conference of the Parties (COP24) of the United Nations Framework Convention on Climate Change (UNFCCC)  in Katowice, Poland  from December 3rd – December 14th.

We wanted to be one of the first to share an interview with you that was recorded in Poland on December 3rd,  with 15 year old Greta Thunberg of Sweden. Greta has taken on the task of reminding her country and the world what is at stake, regardless if the world want to hear it or not.  Get out your handkerchiefs, Greta’s frank comments are not for the faint of heart. 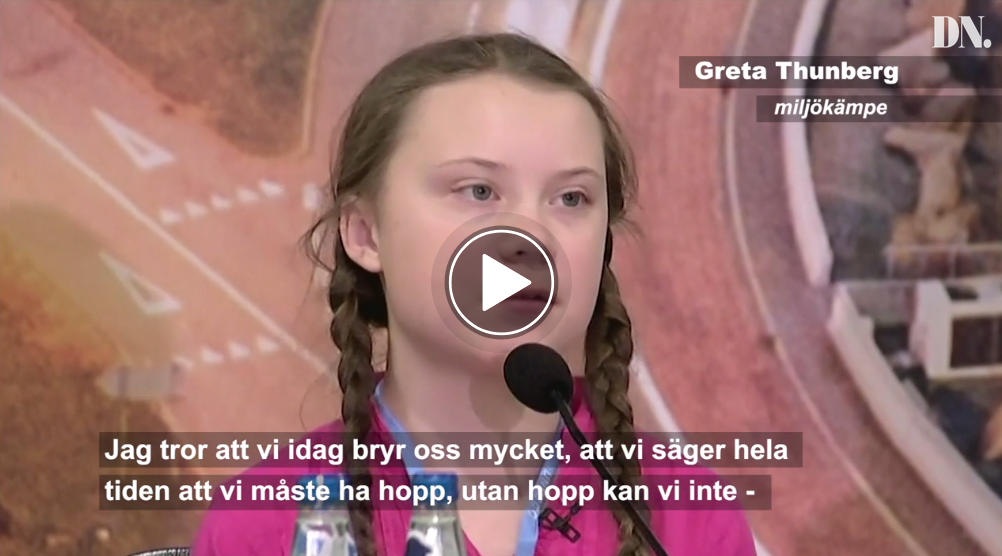 (Check back for a summary of COP24 results, the third week in December.)

For 25 years countless of people have stood in front of the United Nations climate conferences, asking our nations leaders to stop the emissions. But, clearly this has not worked since the emissions just continue to rise.

So I will not ask them anything.

Instead I will ask the media to start treating the crisis as a crisis.

Instead I will ask the people around the world to realize that our political leaders have failed us.

Because we are facing an existential threat and there is no time to continue down this road of madness.

Rich countries like Sweden need to start reducing emissions by at least 15% every year to reach the 2 degree warming target. You would think the media and everyone of our leaders would be talking about nothing else – but no one ever even mentions it.

Nor does hardly anyone ever talk about that we are in the midst of the sixth mass extinction, with up to 200 species going extinct every single day.

Furthermore does no one ever speak about the aspect of equity clearly stated everywhere in the Paris agreement, which is absolutely necessary to make it work on a global scale. That means that rich countries like mine need to get down to zero emissions, within 6–12 years with todays emission speed, so that people in poorer countries can highten their standard of living by building some of the infrastructure that we have already built. Such as hospitals, electricity and clean drinking water.

Because how can we expect countries like India, Colombia or Nigeria to care about the climate crisis if we, who already have everything, don’t care even a second about our actual commitments to the Paris agreement?

So when school started in August this year I sat myself down on the ground outside the Swedish parliament. I school striked for the climate.

And why should I be studying for a future that soon may be no more, when no one is doing anything to save that future? And what is the point of learning facts when the most important facts clearly means nothing to our society?

Today we use 100 million barrels of oil every single day. There are no politics to change that. There are no rules to keep that oil in the ground.

So we can’t save the world by playing by the rules. Because the rules have to be changed.

So we have not come here to beg the world leaders to care for our future. They have ignored us in the past and they will ignore us again.

We have come here to let them know that change is coming whether they like it or not. The people will rise to the challenge. And since our leaders are behaving like children, we will have to take the responsibility they should have taken long ago.