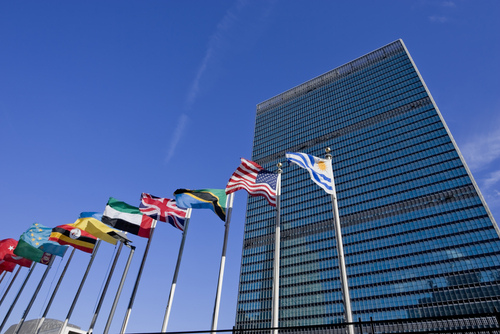 The climate news from scientists around the world has been dire. As the realities and urgencies of our climate crisis are brought to the forefront in reports like the IPCC Special Report  on Global Warming of 1.5 degrees, and the United States Fourth National Climate Assessment, it seems we are stuck in slow motion, instead of racing forward in high gear.  At the recent United Nations meeting on climate change, the loudest voices and demands for action were from our children (watch this 3 minute speech from COP24 by Greta Thunberg, a 15 year old Swedish climate activist). It seems that world leaders are still moving incrementally, not with the “out of the box thinking” and urgency that science and our planet are demanding.

So, instead of spiraling into hopelessness, anger and despair, let’s remember that there are so many, many good ideas, options and pathways we can take to continue to move forward, one step OR one giant leap at a time. Recently, Climate Mama extraordinaire Hélène, reached out to us to share her idea on advancing climate action with the speed, urgency and excitement it demands. We are thrilled to share this straightforward yet powerful idea with you.

Put simply, Hélène’s idea  is to establish a Climate Nobel Prize; the details of which are spelled out in more detail below. Parents like Hélène give us hope and the unwavering belief that we can and we will create a livable planet for us and for our children, one where we will not only survive, but thrive. 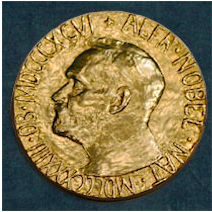 When I read the Intergovernmental panel on Climate Change (IPCC) report back in October, I was in shock. I thought myself educated on climate change issues (I started my career working on carbon markets and taking part in the UN Framework Convention on Climate Change negotiations process). The reality check was hard: we need to reduce our emissions by half by 2030 and the world need to be carbon neutral by 2050, to avoid dire consequences. However, we are completely off-track. For the second year in a row, global emissions are projected to raise by 2,7% in 2018 and our window is closing fast to keep temperatures below 1,5 degree celsius above pre-industrial level.

That was a wake up call for my husband and I. We thought we were doing a great job in how we were keeping our  family carbon footprint in check, but we were wrong. We realized we had to commit and do more. Because if we were to give up, what would be next?” What would be next for our two kids, for our nieces and nephews, for their friends? What would be next for those kids in less privileged countries who will suffer twice, three time more?

So we had been brainstorming for all our date night this evening in early October, discussing how to ramp up our efforts faster, how to make our Family Climate Roadmap more stringent and effective. At the end of our dinner, I was in great angst and needed a break. Fun distraction: the Nobel Prizes were announced! So we chit chatted about the latest laureates. That was serendipitous!

Alfred Nobel in his will created the Prizes to be awarded to “those who, during the preceding year, have conferred the greatest be nefit to humankind”. Five initial categories were single out by Alfred Nobel: Physics, Chemistry, Medicine and Physiology, Literature, and Peace. When Nobel died on December 10th, 1896, climate change was not yet known nor comprehended. But today? we found asking ourselves. If Alfred Nobel had died today, would he have envisioned the creation of a Climate Prize the same way he wanted to honor the champions of Peace?

We believe he would because there is no greater benefit to mankind than to act against humanity’s most imminent threat: climate change. That’s why my husband and I decided to launch a petition to ask the Nobel Foundation Board to consider the creation a new Nobel Prize for Actions Against Climate Change.

How would this Nobel be different from the Peace Prize shared by Al Gore and the IPCC?

First, this Nobel would focus on actions. The Climate Nobel would reward those who, through exemplary actions or groundbreaking discoveries, are doing the most or best to tackle climate change through mitigation of emissions, removal of historic emissions in the atmosphere or adaptation.

Second, there is a need to keep the issue top of the agenda every year. There is only so much focus the Nobel Committees can put on climate change within the current six disciplines (the Prize in Economic Sciences administered by the Nobel Foundation was added in 1968). We cannot wait 11 years between the Peace Prize to the IPCC and the Economic Prize given to William Nordhaus (for his inclusion of climate change in economic models) this year. 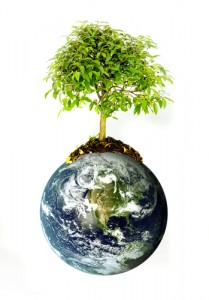 Third, we need to act fast. So this Climate Prize will go back to the roots of the Nobel celebrating recent achievements or discoveries made “during the preceding year” or years.

Willingly or not, we are all in to take the challenge of a changing climate. We believe that a Nobel Prize for Actions against Climate Change, to honor and support those who are leading the way and inspiring all of us, would be the highest distinction humankind could bestow.

If you agree, please consider signing and sharing the petition here

Hélène is a proud mom of 2 children,  living with her family in Seattle, WA. She is a former carbon markets analyst and former startup co-founder. She currently works at getting 1M signatures for a #ClimateNobel and at scaling up her Family Climate Roadmap