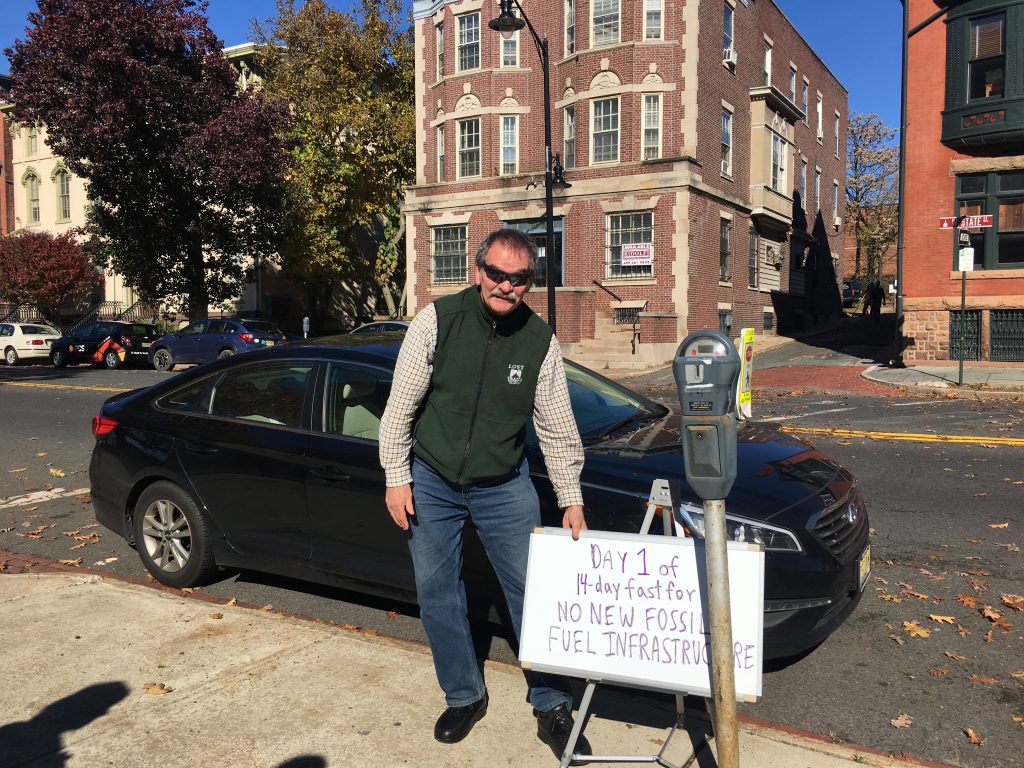 I have known Ted Glick for almost 10 years now. Not only is Ted a colleague – but a friend. Ted is fierce, he is committed to the causes he believes. Through many climate events and actions that I have witnessed over the years – both national and local,  I feel that Ted is regularly selfless. I have learned so much from Ted. He has shown me how someone can truly put the greater good of humanity before themselves. Ted embodies our ClimateMama motto: Tell the truth, Actions speak louder than words, Don’t be Afraid.

Today, I am worried about Ted’s health and his future. As I write this on October 26th, Ted has been on a water-only fast for 24 days.

Below are excerpts from an article Ted wrote on October 24, 2020 about his current fast. Ted’s article in its entirety can be read here.

Water-Only for 22 Days to Defeat Trump

When I began my water-only Fast to Defeat Trump on October 3, I had some idea about how I was going to feel as it progressed. I have done long water-only fasts before, though the last time, on the issue of the climate crisis, was 13 years ago when I was 58 years old. On this one I’m 71. And though I’m a regular long-distance bicyclist and exercise guy, that’s getting up there in years, I know.

This one has been harder than the one in 2007. I remember during that one being pretty active as late as the 22nd or 23rd days. Not this time. I have been weak since day two, the primary symptom I’ve had all throughout. This morning I woke up after a good night’s sleep and found it difficult to get going, with the most weakness since I stopped eating.

But the most important thing about my hunger strike is not how I’m feeling but whether or not there is evidence that it is having its desired result. What is that? It’s the motivation of other people who might not otherwise to vote for the removal of Trump by voting for Biden, and to get involved in the organized efforts by a number of groups to turn out the majority of the American population that opposes Trump. 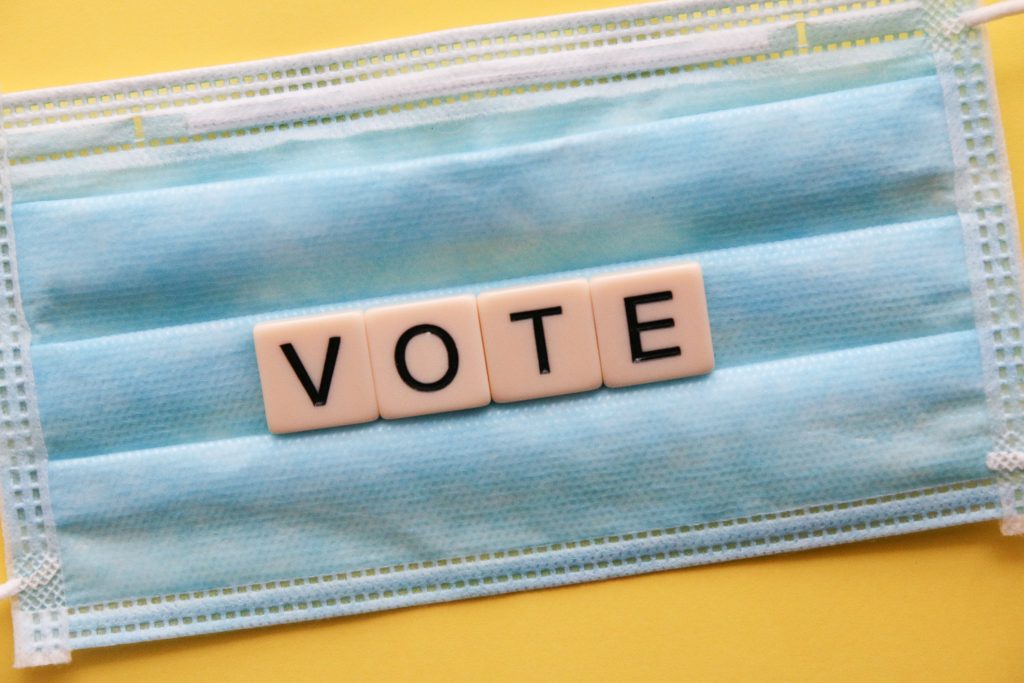 Like many other commentators, I consider this election to be one of it not the most consequential elections in decades. There’s the issue of democracy and if we’ll still have it if Trump is elected. There’s the issue of Trump’s open egging on and support of violent, white supremacist groups. There’s his total walking away from giving leadership in the fight against COVID-19. There’s his misogyny and ant-lgbt history. There’s his explicit policies of shoveling even more money and power to his fellow oligarchs and the rich. But the ultimate most important one for me is his overt denial of the climate emergency we are in and his repeated moves to prop up a faltering fossil fuel industry.

The way I see it, when the future of life on earth is very literally at stake with this election, it’s more than appropriate for actions that may seem extreme if those actions can have an impact. With every fiber of my being, I pray, and believe, that this action is doing that.

Ted Glick is the author of the recently-published “Burglar for Peace: Lessons Learned in the Catholic Left’s Resistance to the Vietnam War.” More information about Ted can be found at https://tedglick.com  and on Twitter

This entry was posted in Climate Mamas & Papas, Politics, Take a Stand: Action & Advocacy and tagged climate emergency voting and climate change, Fasting for the Climate, Ted Glick, voting for our kids. Bookmark the permalink.