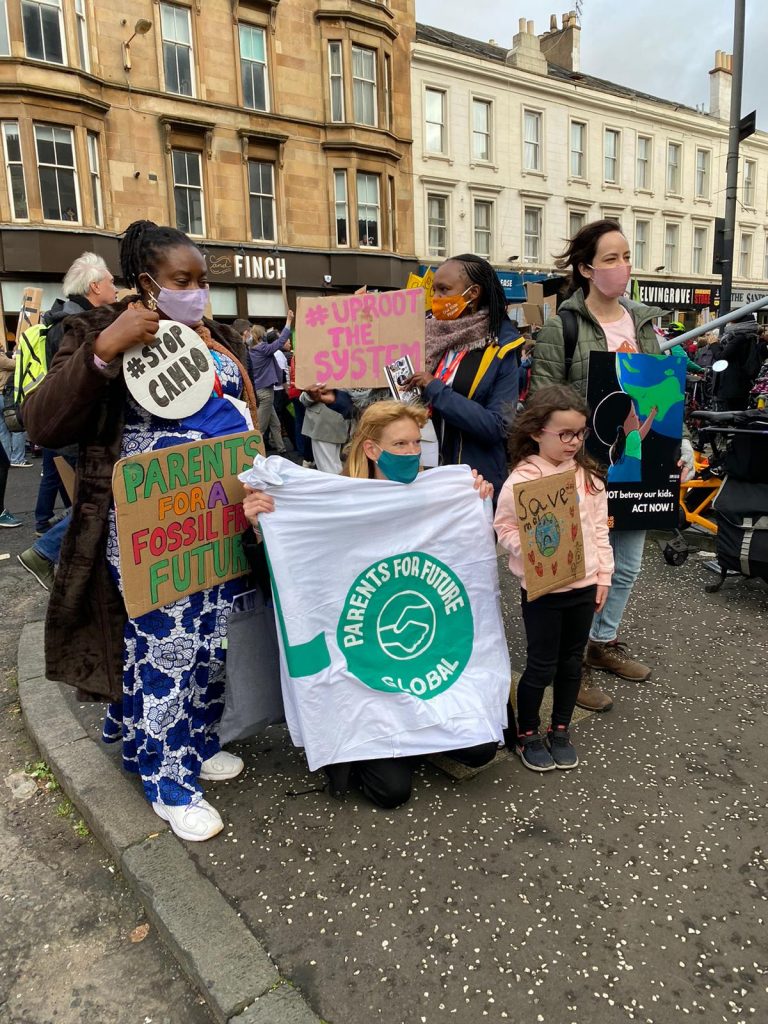 Were you tuned in to the United Nations Glasgow Climate meeting? I am sure many of you were staying on top of COP26 which came to a close on November 13th, 2021, and that others were too busy and occupied to follow closely.  This 26th meeting of the Conference of the Parties (COP), was met with cautious optimism by some, and with disappointment, sadness, and anger by others. I hope the following will provide some insight and pause for thought for those of you who are looking for more information about what took place and what didn’t.

What’s important to remember before we discuss the outcomes in more detail, is what the COP is and what it isn’t. COP is the decision-making body of the United Nations Framework Convention on Climate Change (UNFCCC).  The UNFCCC is one of the Conventions that came out of the 1992 United Nations Conference on Environment and Development (or Rio Summit for short).  The primary aim of the UNFCCC is: preventing “dangerous” human interference with the climate system. (Having spent 13 years working in and around the United Nations, I am pretty good with these UN acronyms!)

Depending on who you listen to, you may be thoroughly depressed by the outcomes of COP26, or perhaps, as I am, you remain cautiously optimistic.

What is important to recognize and be mindful of from the start, is that the UNFCCC and its decision-making body the COP, have no enforcement authority. Let me say that again, and in another way, there is no mechanism for the COP to bind governments to any decisions nor can it oversee enforcement. This is a general rule that applies to almost all UN bodies, they lack any enforcement mechanisms. In the 21st century, and back in the 1940s when the UN was established, the nation state was then and remains today, the supreme authority. We do not have a world government; the United Nations is not that. And yet, as someone who sees the climate crisis as THE threat to the future existence of humanity, the climate emergency would certainly be something where global decisions should be binding and enforceable, but so far that is not the case.

In regards to this COP and in fact all COPs, the meetings represent annual moments in time –  updates from governments on agreed  decisions from previous COPs, mostly related to adaptation and mitigation, and the thorny question of who will pay for these developments. The primary outcomes for COP26, where updates and commitments are stated, can be found in the Glasgow Climate Pact. The Glasgow decisions call on countries to revisit and strengthen their 2030 targets by the end of 2022 to align them with the Paris Agreement’s 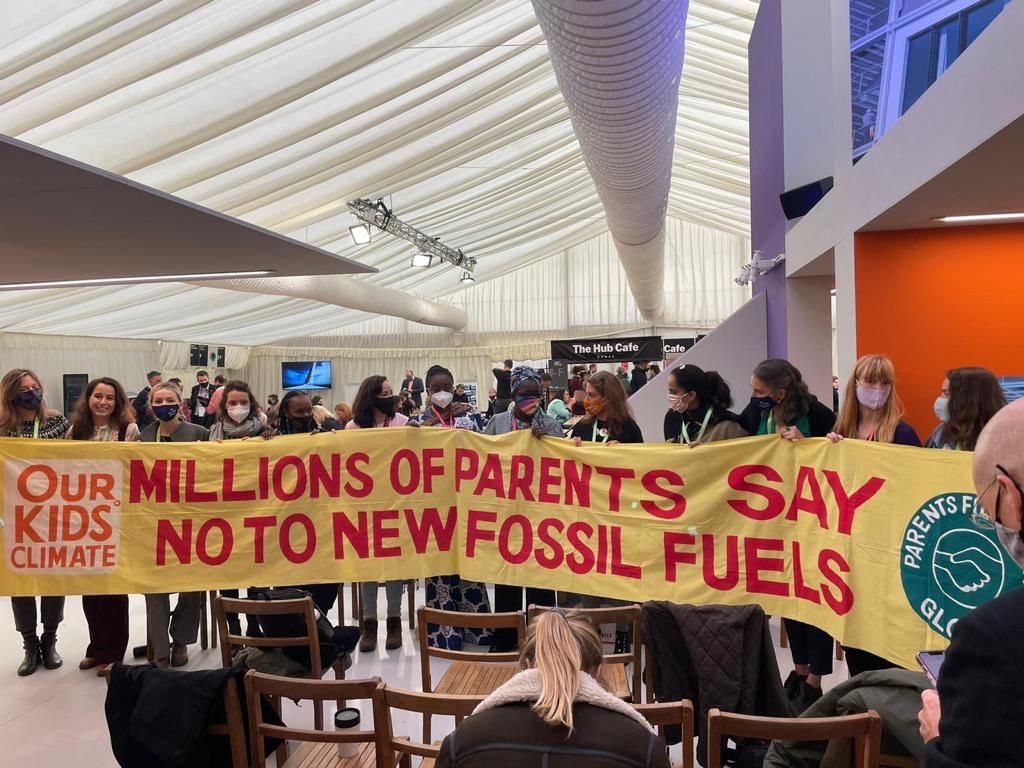 temperature goals. This moves up the timetable for reporting and puts pressure on governments to show what they are doing in one year’s time. It also asks all countries that have not yet done so to submit long-term strategies to 2050, aiming for a just transition to net-zero emissions around mid-century. For the first time this final COP agreement talks directly about transitioning from fossil fuels, it includes language calling for the need to “phase down unabated coal” and “phase-out fossil fuel subsidies.”  This language is not as strong as many hoped for, nor as strong as science demands.  But words matter, and the words that call for an end to fossil fuels are finally being said out loud and written down and recorded.

The 2015 Paris COP was a particularly notable and important conference for setting up expectations on what we need to do to create a safer future and now. One of its monumental accomplishments was the decision that every country which is a member of COP (which is a lot, over 195 countries) would come to the Paris COP with their own Nationally Determined Contribution (NDC) or in simple terms, their country’s Climate Plan. The agreement from Paris was such that each country agreed to continue to evolve and tighten up their own country plan and then collectively, the plans when added up would ensure that global temperatures did not reach a rise of more than 2 degrees C from preindustrial levels. The aspirational goal was that temperature rise would be no more than 1.5 degrees C. This aspirational goal, as it should have been in Paris, is now the target. When all the Paris commitments were added up, we were on track for a more than 3.6-degree rise, but since Paris and as of Glasgow, this number is now down to 2.5. Better, but still not good enough to avert climate catastrophe. But, the good news is that countries continue to tighten their “climate belt” and to work to reduce emissions and slow down the climate emergency – the trajectory is in the right direction. The set-up from Paris demands that each country show what they are doing and how they are accomplishing their goals through revisions to their NDC. The “genius” of Paris was the moral suasion and transparency that the NDC process has created. These NDCs are to be formally presented every five years to the COP, and now with an annual update (at least for next year).

Many other things were agreed to at and around COP26, including:

So, from where I sit, I see momentum and progress. Certainly, we must continue to demand that governments go farther and faster. But we also need all multinational corporations – and all big companies, organizations and non-government entities to be working at full speed to accomplish the goals of COP as well. Governments won’t be able to do this alone. And, without a world government that has “teeth” and  enforcement mechanisms, the best we can do is to shine a bright light on what each country is doing and what large organizations and companies are doing too. Civil society groups are successfully doing this each and every day and getting stronger together. We will continue to demand greater transparency, much more actions and much less talk.

Our children’s future and now depends on what happens NOW and we all can have a say and a role in moving a more positive and hopeful future forward. 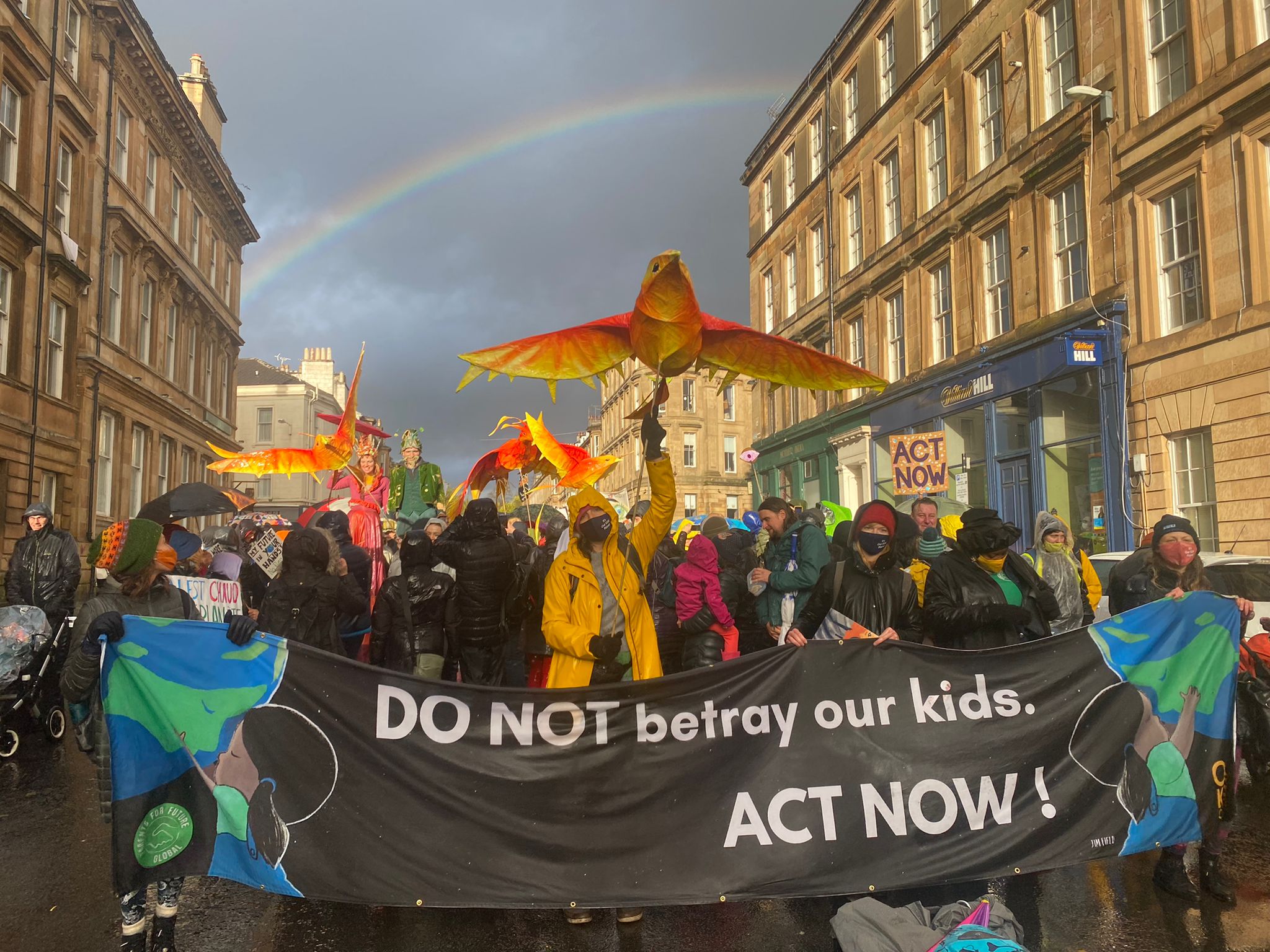 Lastly but not least, I am so proud and excited about the coordinated efforts of parents globally, brought together through the Our Kids Climate and Parents for Future Global coalitions. Parent voices and demands were heard throughout the halls of the COP and delivered to the highest levels.

Climate Mamas and Papas, let’s keep going. Our voices are being heard and we can tell our children we are working hard, to create a safer, more sustainable and hopeful future for us all.

With thanks and love,