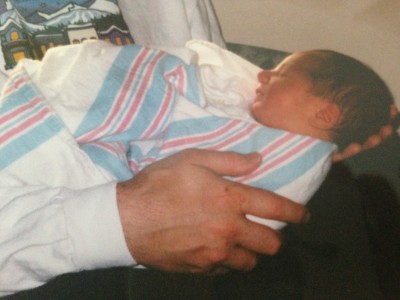 Did you know that in the USA, babies born today already have 100’s of chemicals polluting their bodies? Studies by the Environmental Working Group and the Center for Disease Control link these toxins to health impacts such as asthma, birth defects, cancer and neurological disorders, to name only a few.

As parents, we try to do everything we can, to keep our children safe and healthy, and protect them from harm. Yet daily, 100’s of toxins invade our bodies and the bodies of our children against our will, and often without our knowledge! Sandra Steingraber, one of our Climate Mama heroes, calls this kind of “body invasion” toxic trespassing. Many of us often feel stuck at the sidelines and helpless. But, as we know from our fight against our changing climate, through knowledge, we can empower ourselves to take action and be part of a positive change for our children, their health, they future and their now!

One step that we all can take in regard to toxic trespass, is to demand that our government representatives help us reform the Toxic Substance Control Act (TSCA). Join us and become a Toxin Freedom Fighter; stand up for safer chemicals and hold companies responsible for the chemicals that they use. We are teaming up with the Global Team of 200, Mom Bloggers for Social Good and Seventh Generation to demand reform of TSCA which was introduced in 1976 and has never been updated. Please join us in this fight for our children’s health and their future!

Our system is broken, TSCA, as it is written, requires the EPA to prove a chemical poses an “unreasonable risk” to public health or the environment before it can be regulated. So this means that a chemical can be brought to market and put to use in products we may use every day, and only THEN, if problems are suspected, is it up to the EPA to PROVE that the chemical may be unsafe. This is very different from regulations that exist in many European countries, where the onus is on the chemical producer to prove that the chemical is safe BEFORE it comes to the market. In my opinion, we here in the US, definitely have it backwards!

Interestingly enough, as a result of this different form of legislation, some of the world’s largest consumer products companies reformulate US products when they are to be introduced in Europe. They often must remove certain chemicals which are deemed harmful in Europe, but not yet in the US. Even without these chemicals, the majority of these products still work and are commercially successful. You wouldn’t know there was any difference between the US product and the European one, unless you read the label carefully.

In the USA, 62,000 chemicals were already in use 1976, the year TSCA came into effect. Another 22,000 chemicals have been introduced since them, yet the EPA has only required testing for 200 of these more then 80,000 chemicals, and has only partially regulated 5! The rest have NEVER been fully assessed for toxin impacts on human health and the environment in the USA. Unbelievable but true. Sadly, instead of putting human health and a safe environment first, many companies go to great lengths to be allowed to “poison us at will.” 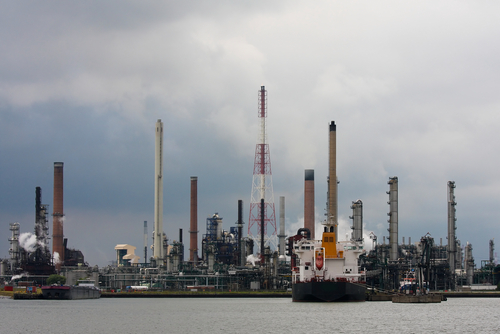 As many of our Climate Mamas and Papas know, through our work and growing understanding of the health impacts from fracking, we are finding that companies are regularly using harmful chemicals that are exempt from state and federal regulation. A particularly egregious disregard for regulation is the “Halliburton Loophole” which was created in 2005 as part of the 2005 Energy Bill. This loophole allows oil and gas companies that frack oil and gas wells to circumvent the Safe Drinking Water Act and the Clean Water Act. These acts were created to protect our health and the safety of our aquifers and drinking water. Through this loophole, companies are allowed to add more then 500 “proprietary” chemicals to fracking fluid, chemicals that do not need to be disclosed. Many of these chemicals can trigger adverse health impacts and some are known carcinogens. This fracking fluid is regularly pumped into our earth, 1000s of feet below the surface. Some of the fluid comes back up, out of the wells, but some also stays deep in the ground. Companies do not need to disclose the chemicals they use AND this process is exempt from regulations that had been put in place to protect us.

Why does our government allow companies to get away with these kinds of practices? Right now we have no clear way of avoiding either these hidden chemicals being pumped into our ground or the more 80,000 chemicals that may be used in products we use daily with our cleansing and hygiene routines. But, through campaigns like the Toxin Fighters from Seventh Generation, the Mind the Store Campaign of Safer Chemicals Healthy Families, and through campaigns by our friends at Women’s Voices for the Earth (to name a few) we can join thousands of other concerned voters around the country, and demand reform of the Toxic Substance Control Act. We can get and must demand meaningful legislation to protect the health of our families and the environment.

1. It should protect the most vulnerable amongst us, including pregnant women, children, workers and communities who are disproportionately exposed to chemicals.
2. It should require public access to information regarding the safety of chemicals.
3. It should respect the right of states to protect their residents when the federal government fails to do so. And,
4. It must require that the EPA take fast action on the most harmful chemicals and include specific timetable for such regulatory action. 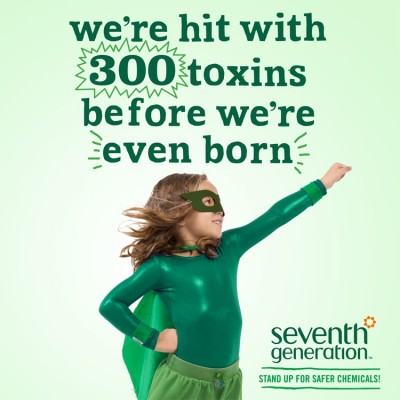 Our kids aren’t “science experiments.” And it’s time that companies and our government’s stops allowing them to be treated as such!

Legislation to reform TSCA – the Chemical Safety Improvement Act (S1009) was recently introduced in the US Senate. On the surface, this bill has an impressive list of bi-partisan co-sponsors, but according to the “watch dog groups” that we trust and rely on including our friends at Safer Chemicals Healthy Families, Women’s Voices for the Earth, Healthy Child Healthy World, and the National Resources Defense Council, this legislation as it is currently written, is ineffective and could actually be worse then what we already have.

Don’t let our legislators off the hook, by doing only a “partial job.” Make them do their homework, demand that they create real reform. Sign on to the Toxin Fighters campaign today. Help us get 100,000 signatures by earth day! Add your name today!

P.S. We joined this campaign for a variety of reasons, first of all, because it is important of course! But we also joined because to us, this campaign is a way to “fight back” in a positive way, against lax regulations that allow our big corporations to circumvent the rules, disregard health data and create unsafe environments for our planet and for us. Exemptions to the rules, and waivers around them are rampant in the USA, how come?

At Climate Mama we fight similar fights everyday as we battle long term and short term air and water pollution from oil and gas companies and as we try to bring the facts, and reality home, to our public officials. We are demanding action that will not only protect our children, but our planet, our future and our now. We need to transform our economy into one that is based on clean, healthy, transparent and renewable options – for the energy we use, the products we buy and the foods that we eat. We The People have power and together we can truly change the world…!

This post was created in partnership with Seventh Generation and Mom Bloggers for Social Good. I did receive compensation for this post, but as with all my posts, opinions I arrive at and present on our blog, are all my own.