IPCC Report: The Earth is in Trouble, Spiderman to the Rescue

The latest report from the Intergovernmental Panel on Climate Change, the Assessment Report of Working Group 2 was released in Japan, today, March 31st. 2014. The message is clear, dire and a hard pill to swallow. 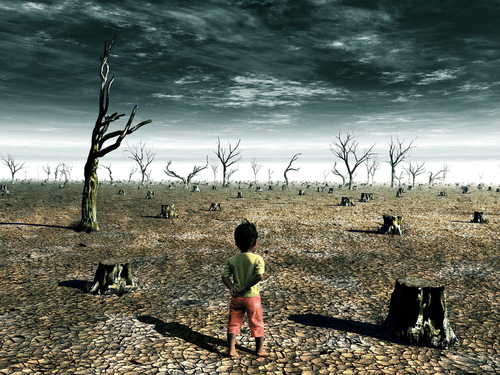 Climate Change is here, now and happening, on every continent, in every country. Climate change is impacting us all, red, yellow, blue or purple, republican or democrat, Jew, Muslim, Buddhist, Christian or atheist, child or grandparent, none of us are immune to the impacts of climate change.

Most major media outlets will provide their “take” on the report. Some will downplay it’s dire warnings and outlines of the risks we face from climate change, and others will “pull no punches” giving us the facts, which are almost, even for us “seasoned climate mamas and papas” too much to take. But, as with all “news” in a few days the story will be overcome by another, and the planetary emergency will seem to fade, as the urgencies of our daily lives take over. This, is a fact of our lives in the technology driven, 24/7 media cycle in which we live. In the short term though while the weight and significance of this report sinks in, we need to keep it’s conclusions at the back or forefront of our minds – long term – as we move through our busy lives. Small changes, and climate actions and examples we set for our children, our friends and families, over the course of our lives, we believe DO add up and WILL make a difference.

“This report tells us that we have two clear choices: cut emissions now and invest in adaption – and have a world that has challenging and just barely manageable risks; or do nothing and face a world of devastating and unmanageable risks and impacts.”

The reports main conclusions are: that climate change is already having effects in real time – melting sea ice and thawing permafrost in the Arctic, killing off coral reefs in the oceans, and causing extreme weather events including heat waves, heavy rains, superstorms and super disasters. The dangers we face from sea level rise, threats to food security, and security in general, as well as threats to human health, are all discussed in the report. Here is a link to the Executive Summary, if you want to read it directly from the “source.” 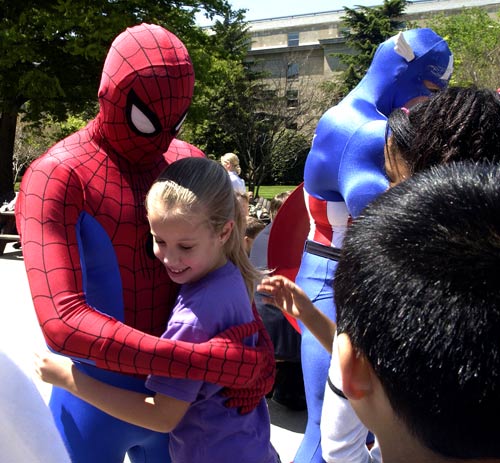 Whether it was Voltaire, Spiderman, Spiderman’s Uncle Ben or Stan Lee, remind the kids in your life that: “With great power, comes great responsibility;” and that knowledge is power. You are now “in the know” and you are armed with the facts. Don’t let others distort reality. Speak up for our children, our future, and our now. The time to act on climate change was yesterday, but we still must have hope for tomorrow, if we begin today.

We loved how “Spiderman” was one of the promoters of Earth Hour 2014. Interesting too, is how serendipitously, Earth Hour was aligned with the release of the IPCC Assessment report. So while the message from the report is dire, Earth Hour gives us hope and reminds us that together we are so very powerful. The “hour” is a symbol of all the actions we take on climate change, and what we can accomplish every day, moving forward, if we do it together.

Use your power; imagine what we each can do together. We are so very powerful when we decide to make change, each of us can make a difference. It won’t be easy but we can do it. We already have shown how powerful we are, as we have become the dominant climate forcing agents on the planet; more powerful then volcanoes or the sun.

So, what are you doing to day to flex your climate action muscles? Talk to your kids, make your own family Climate Action plan, and let’s be part of the solution, together!

Here is some background and a primer on the 5th IPCC assessment report that we put together for the release of the first Working Group report back in September 2013.

What is the IPCC and What Does it Do?

• In 1988 the UN Environment Programme and the World Meteorological Organization set up the Intergovernmental Panel on Climate Change (IPCC) and tasked it with creating a comprehensive review of the state of the knowledge on climate change.
• The production of Assessment Reports (AR) is the primary function of the IPCC. They are not original research, but rather a comprehensive overview and aggregation of the state of knowledge on climate change.
• The first AR was produced in 1990, second in 1995, third in 2001, fourth in 2007, and The Fifth Assessment Report (AR5) is being released in four parts between September 2013 and ending in November 2014. It will be the most comprehensive assessment of scientific knowledge on climate change since 2007 when the Fourth Assessment Report (AR4) was released. AR5 is made up of the full reports prepared by the Working Groups (I, II and III) and their Summaries for Policymakers as well as the Synthesis Report. The three Working Groups are: 1) Physical science; 2) Impacts, vulnerabilities, and adaptation; and 3) Mitigation options/scenarios. The synthesis report compiles the sections produced by these Working Groups.

1. The report of Working Group I, Physical Science, as well as it’s Summary for Policy Makers, was released at the end of September 2013.

2. The report of Working Group II, Impacts, Adaptation and vulnerability was released in Japan, on March 31st. One more day and we could have hoped it was an April fools day joke, but sadly it is not.

The IPCC report writing team is composed of more than 830 authors, chosen to represent the highest scientific merit, a range of institutional and disciplinary perspectives, and a regional, gender, and age balance.

It is important to note, and to let others in your circles know, that these reports while these reports ARE the most comprehensive overview of the state of climate knowledge to date, the reports are in fact “out of date” as soon as they are released. These reports look at peer reviewed data and studies from around the world, and then agree on and produce summaries of these findings. Rather then being at the “cutting edge” or pushing the boundaries of the research, these reports are considered to be very conservative in their conclusions, given the vast amount of research they include and the vast number of scientists they’re accountable to. Looking at past reports, the evidence shows us that the IPCC actually UNDERESTIMATES climate trends.

On the upside, we are all in this together. And at ClimateMama we really and truly believe that together we can change the crash course that we are currently on!

Spiderman and Child Photo by US Defense Dept. via Wikimedia Commons

4 Responses to IPCC Report: The Earth is in Trouble, Spiderman to the Rescue