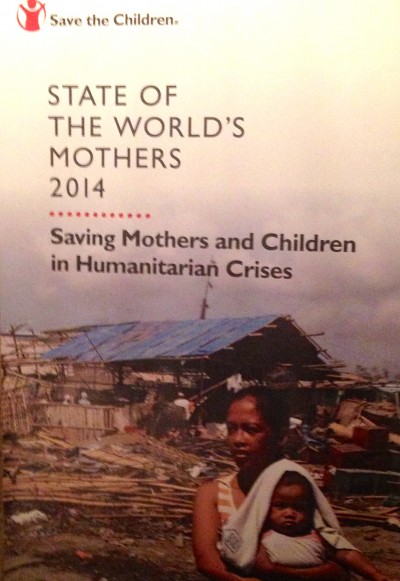 Two reports with stark and clear parallels for women and children around the world were released on May 6th, 2014; the US National Climate Assessment, and the Save the Children, State of the Worlds Mothers. Both reports which show a difficult future from climate change impacts contain important caveats that if we start now, and we must, we can create a brighter and more positive future and now.

Here is a link to the report, and also to a summary by the New York Times.

A lesser-publicized report, but one with equal relevance and importance, is the Save the Children State of the World’s Mothers 2014 report (SOWM). Climate Mama, as part of the Global Team of 200- Mom Bloggers for Social Good, attended the New York City report launch where Carolyn Miles, CEO of Save the Children, talked about the report’s findings. Ms Miles was accompanied by a panel of experts that included the Ambassador of the Philippines to the Unied Nations H.E. Libran N. Cabactulan and Princess Sarah Zeid of Jordan. What was striking to us from the lens of climate change education, was the parallels in the two reports. The impacts of climate change were clearly identified in both reports and the inferences – both subtle and “in your face” – were that the impacts will become more severe and compounded unless we act now, thoughtfully, expeditiously and with adequate resources, both financial and technical.

The SOWM report shows how armed conflict, political instability and natural disasters play a major role in undermining the well being of mothers and children in the world’s poorest countries. Since 2000 the report has included a Mothers Index, which is a reliable international tool to show where and why mothers and children fare best or where they face the greatest hardships. 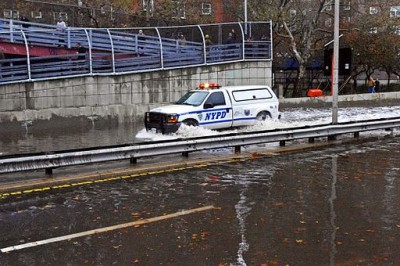 Interestingly, the United States is ranked 31st with Finland, Norway and Sweden, listed as the top 3 best places where mothers fare best. The 5 indicators in the index are: maternal health, children’s well being, educational, economic, and political status. The report shows how disasters like Hurricane Sandy and Katrina create huge challenges for mothers and children and that these are often common challenges faced in many countries. Creating resiliency of health care and other essential services, and the extent to which humanitarian response reaches those mothers and children in the greatest need are identified as important factors as extreme weather events will continue to destabilize many regions.

These two reports give us a snapshot of what we face now, and serve as harbinger of things to come by showing us how the most vulnerable amongst us are often the most impacted. At the New York launch of the SOWM, the Philippine Ambassador gave an impassioned presentation on how Typhoon Haiyan, and its large storm surge which was fueled by climate change, put women and children on the frontlines of the still unfolding disaster. H.E. Princess Sarah Zeid, discussed the enormous pressures on the Middle East region in general because of the exploding refugee situation in surrounding countries from the Syrian civil war. The Syrian war, more and more, is being linked to the severe drought situation in Syria and the role that food security played in the crisis as it continues to unfold.

Hard data, like that which is found in the SOWM report, should give policy makers important tools to use as they interpret the facts showcased in reports like the National Climate Assessment and those of the Intergovernmental Panel on Climate Change and work on policy based solutions.

Not only do we need to adapt and prepare for our changing climate, but we must also demand that our policy makers deal with the root causes of the problems we face, including our energy use and supply. As a mother, it is my job to do everything I can to make the world as safe, secure and sustainable as I possibly can for my children. As I regularly remind my children, I also remind my elected officials that we must tell the truth, that our actions speak louder then words, and that we must not be afraid, but face these challenges head on.

The five recommendations from the SOWM are:

1. Ensure every mother and newborn living in crisis has access to high quality health care.
2. Invest in women and girls and ensure their protection
3. Build longer term resilience to minimize the damaging effects of crises on health
4. Design emergency interventions with a longer-term view and the specific needs of mothers and newborns in mind.
5. Ensure political engagement and adequate financing, coordination and research around maternal and newborn health in crisis setting.

On this final point from the SOWM report – political engagement – we must all, as voters and citizens wherever we live, become more politically engaged. Political will has become the most clear and visible stumbling block to addressing the challenges that climate change poses. It is not okay to have climate deniers in elected offices. We need “all hands on deck.” Climate change is the greatest challenge any of us will face in our lifetimes and it impacts every policy decision that any level of government, local, regional, national and international will or does make.

One Response to Climate Change: Mothers and Children