College Student Speaks out on Voting, Mother Earth & the US Mid-term Elections 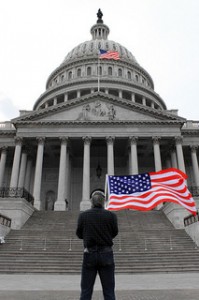 Why vote? It’s our right; a right that people the world over have fought for, for millennia. As parents, it’s also our responsibility. Yet sadly, for many reasons, here in the United States of America we fall far behind the world average in the percentage of people of voting age, who actually vote. In 2012, according to the International Institute for Democracy and Electoral Assistance (IDEA),only 54.6% of the voting population turned out to vote. USA presidential election years (i.e. 2012) historically get a greater turnout then mid-term elections years; certainly putting into question a good voter turn out for 2014. In 2012, of 169 countries for which the IDEA collects date on voter turn out, the USA ranked 120th of 169 countries. So, while many of us complain and lament that our political system is broken, if we don’t participate in the democratic process, then the blame for these problems must begin with ourselves.

Take a few moments, and share this guest post by Michelle Aboodi with the kids in your life. For the candidates that will be on your ballot this fall, what are their plans for climate action? If you don’t have time to ask them in person, check out their websites; is climate change and climate solutions even discussed? Michelle is a US college sophomore who is definitely voting on election day this year – with Mother Earth and our future, heavily on her mind. Michelle is calling on all our Climate Mamas and Papas to get out and vote too!

This upcoming midterm election is asking, perhaps even demanding that we turn out to vote for mother earth. In June 2014, the Rasmussen Reports National Survey of 1,000 likely voters shared that energy and the environment were not even in the top 10 of very important issues the government should focus on! 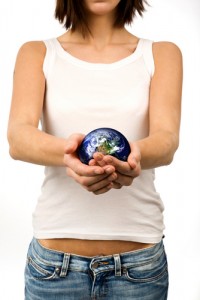 Even after the UN Summit on Climate Change and the powerful People’s Climate March that attracted over 400,000 people, the environment still does not seem to be a priority. The energy of all the people and groups uniting for a cause was impactful and hopeful. For the week, movers and shakers came together in iconic New York City and other urban areas around the world to be heard but when everyone disbanded and went home, the feeling of a unified voice for mother earth quieted and now, just weeks from an election,

I am asking everyone to consider speaking out through your vote for mother earth.

There seems to be a disconnection between how climate change does affect every other system or infrastructural problem we have. For example, the current spread and fear of Ebola shows how the environment and health are intersecting. The National Center for Biotechnological Information did a study published in 2012 that asked national infectious disease experts in 30 different countries whether or not they thought climate change would affect infectious disease patterns in other countries and the resounding answer was that they would. Although more research is necessary to fully understand and confirm the impact of global warming on health, the World Health Organization has said the increase in infectious diseases corresponds to rising temperatures. Bacteria spread faster in warmer climates and immunity can build up in bugs with our various strong pesticides. Climate change is hitting closer and closer to home every year.
Between Hurricane Sandy two years ago to the “polar vortex” that was last winter, to Ebola today, our issues are only increasing and although healthcare acts and increased employment will be great for citizens, what would improve quality of life and bring about a solution to many of our current issues (joblessness, increased illness, poverty, and so on) would be to make sustainability our system.

As a college student, I wish there was more of a buzz around the midterm elections and even more so around environmental issues such as deforestation, fracking, the fossil fuel industry, the tobacco industry, food insecurities, and infectious diseases, but students are more concerned with their midterm exams than anything else. Many students do not seem to have the time to sit down and consider the future, but this conversation has gone on for too long. We must act. We must slow down climate change.

This call to action is simple. It is a moment to reflect on the future you envision for yourself and your family. All it takes is checking off a box and exercising your right to have a say in your government. Parents, take your children to the voting booth with you, let them press the button, and show them how important and empowering it is to vote for your government and your future. Students, send in your absentee ballots or go to a booth and bring your friends. November 4th, 2014, the day to show mother earth you care.

Michelle Aboodi is an intern at ClimateMama and a New York University undergraduate student.