President Obama finally joined us, FOR THE PEOPLE, BY THE PEOPLE. After more then 4 long years of active non-violent civil disobedience, by people from all walks of life and from all corners of our country, President Obama, listened and said no more. With serendipity – the decision to reject Keystone was announced on November 6th, four years TO THE DAY that 12,000 of us gathered in Washington to circle the White House and ask President Obama to join our circle, and in say no to Keystone. Well, better late then never as the saying goes!

To be sure, this isn’t the end and recent revelations that are unfolding on climate – Exxon’s duplicity, destruction of the Amazon rainforest, fires in Indonesia and China’s “miscounting of carbon emissions” are but a few of the events and horror stories that continue to remind us of how dire and precarious our situation is. But for this moment we must stop and celebrate. We held a “line in the sand” with Keystone XL, and those lines are so very hard to hold. We held it, and we didn’t let it get crossed.

My family has been involved in this Keystone fight since the beginning. It has been personal with me – a parent fighting for her children’s future and now, and an Albertan who knows how hard our energy transformation will be. I was one of the 1,253 folks arrested in August 2011 at the Washington tar sands protests. In fact when I first received the call in July, 2011 to come to DC, I was visiting Fort McMurray, Alberta the home of the tar sands. It was “meant to be….”

At Climate Mama we have written about Keystone many, many times and have showcased posts by many Climate heroes – moms and dads fighting for their children’s future and now. Take some time and read a few of these guest posts – Rachel, Desiree and Ted.

Join me and reminisce with your family and friends about this incredible journey we have all been on together. As part of my reminiscing, below you will find my thoughts that I shared with you back in August 2011, the day after I was arrested. 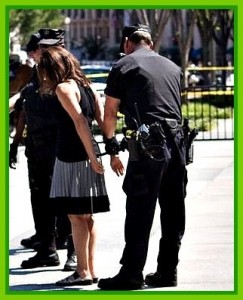 This week is one for the history books; including my very own personal history book! As of August 24, 2011, close to 300 people have been arrested in the largest civil disobedience action in the American environmental movement’s recent history. I am honored to say I am one of those people. Women and men from all walks and circles of life are “stepping up” and saying no to the XL Keystone Pipeline, which would carry Tar Sands oil from Alberta, Canada to Texas, crossing over and through environmentally fragile zones and important aquifers; threatening our land, our water, our wildlife, and our way of life.

So, you may ask, how does one prepare for an “imminent” arrest in Washington, DC? In my case, carefully and with much help from my friends! My experience with the TarSandsAction support team has been incredibly positive. Not only did they prepare me for what would happen, and be there to support me every step of the way, but they also introduced me to a group of caring individuals from all over the country who are now my friends and jail mates. (Not too many other individuals I know can fall into this particular friend category!) Many of these people, like me, are “middle age” (ouch!) and opening themselves up for arrest for the very first time. We Elders have found our cause and are taking our place along side students and young people who have been holding the “mantle” on environmental protests for us, by themselves, for long enough.

This new page in my personal history book begins at “civil disobedience training” the night before my arrest where we were told NOT to bring anything to the protest that we could NOT afford to loose, including cell phones and wedding rings. Do you know how hard it is to get a wedding ring off your finger that has been there for 15 years? We were also told to “dress dignified” like we were going to a business meeting. I had packed a skirt and top, neither of which had pockets, and didn’t think through how I would carry my ID and $100, the two items we were told TO take to jail – ID, so we could be properly booked, and $100 which was our “get out of jail” card. Our hope and best case scenario was that whatever our charge was, we would be given the opportunity to “post and forfeit” which would allow us to pay a fine and then leave jail that same day.

So, this is where a bra comes in handy, another useful piece of information from my TarSandsAction support colleagues. That morning as I dressed, I put my driver’s license, $120, and a metro card in my bra, which now effectively served as my purse! I did move these items to the waste band of my skirt just prior to my arrest and the handcuffs going on me, so that it would be easier for the arresting officer who frisked me to remove them. Yes I was frisked, in fact several times, and yes I had handcuffs on from the moment of my arrest until my release at the jail. I also road in a “paddy wagon” with a motorcycle escort through the streets of DC past the White House on the way to the Anacostia Jail. Many “firsts” for me to write down in MY personal history book. I am surprised to tell you that I wasn’t afraid. I was with more than 60 of my new “best friends” and we were all in it together, for the planet, for our children, and for ourselves.

President Obama, this is your call. Join Us. Stop the Pipeline! Be part of the movement.