Ocean Pollution, Climate Change and Us 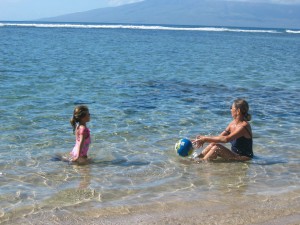 Many of us have heard the saying “The solution to pollution is dilution.” Perhaps when the world’s population was significantly smaller and we hadn’t yet invented the toxins and types of pollutants that we have now, this might have been ok. Regardless, at Climate Mama we feel strongly that we need to “clean up our messes” and teach our children to do so as well; so to us, diluting our pollution has never been a clear and obvious way to clean up our messes. Our friends at DIVEin, have created another important graphic for us, “How Ocean Pollution Affects Humans” that helps us understand the extent of the damages we are inflicting on our oceans.

Our oceans are vast and have served for decades as “carbon sinks” hiding our greenhouse gas pollution and slowing climate change. However, everything eventually reaches a saturation point and our oceans are not an exception. As we learned recently, double whammy of a strong El Nino and climate change acceleration, have stressing our oceans and created breaking points. Coral life, an integral component to all ocean life is under extreme duress, with scientists telling us that our oceans are experiencing a massive “die off” with close to 1/3 of all coral in our oceans dead or dying. Too much to bear – for our oceans, for our hearts and for our minds…But, we can’t be paralyzed by the facts, they must instead spur us forward to action.

Let’s remind our kids and ourselves why we must “double down” on demanding solutions to climate change and why we must only support and elect political, business, and community leaders who have a plan for addressing climate change with is at the top of their “to do lists.”

The ocean is a magnificent and magical environment that is the reason for the
existence of life on earth. The ocean provides over 70% of the oxygen that we
breathe and over 97% of the world’s water supply. The ocean is essential for
mankind and with that said, why wouldn’t we want to bend over backwards to
ensure its protection?

However throughout history, it was assumed that because the ocean is so large
and deep, that it could withstand any form of waste. However, over the past few
decades we have begun to see a sharp decrease in that amount of carbon dioxide
the ocean is able to absorb as well as a decline in the numbers of marine life.
We have so much to thank the oceans for, if you would like to learn more about
ocean pollution and how it affects marine life as well as humankind take a look at
the incredible infographic below, created by the team at DIVEin.com…

How ocean pollution affects humans – Graphic by the team at DIVE.in

The world’s global ocean is so vast that it covers nearly 71% of the planet’s surface and is the largest ecosystem on earth. The global ocean is the earth’s largest support system. In order for life to survive on earth, we need healthy and prosperous oceans. The oceans provide over half of the oxygen we breathe as well as contains 97% of the world’s water supply and without water all life on earth would not survive. Not only is the ocean essential for us to live and breathe, it supplies a sixth of the animal protein that humans eat. The oceans are also home to the most promising and newly
discovered medicines that can combat cancer, pain and even have potent anti-bacterial properties. We can also thank the oceans for absorbing a huge amount of carbon dioxide from the atmosphere, which in turn reduces the impact of climate change.

Whether you live near to an ocean, or in the middle of a city, the ocean has a huge part to play in your daily life. Did you know that ocean-based businesses provide nearly $500 billon into the world’s economy? From the air we breathe, to the food we eat, to the films we watch, to the games we play, we have the ocean to thank, as nearly everything comes from or has been transported by the oceans.

The ocean is so important to life on earth and has such a relevance to climate change, however it was omitted from the Paris UN climate change conference discussion. This is of great importance as the ocean absorbs over a quarter of man-made carbon dioxide emissions and has taken on over 90% of the heat which has been generated over time, since the industrial revolution. Without the ocean to clean up after us, climate change would be much worse than it is now.

We should all be extremely concerned that due to the acidification of the oceans, it is losing its ability to absorb carbon dioxide from the environment and this could lead to dangerous circumstances. It has been estimated that the absorption rate is likely to drop to just 20% by the end of the century and this could be extremely detrimental to life on earth.