Climate Change: Why it Matters

The problem for our planet however, is that when we cause it to heat up too quickly, all the living things on this planet, including us, aren’t equipped to change quickly enough to keep up with this temperature increase. 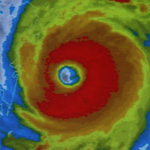 We see the affects of global warming around us as the climate changes regionally. More precipitation in the form of rain is falling in certain areas, like the Northeastern US, so there is less snow in the winters then there was even 10 years ago. Droughts in the Western US and Eastern Africa are lasting longer and are more severe then in recorded past. All over the world, climate zones are changing and gardeners are finding that they can now grow plants that couldn’t survive previously in their climate zone, or that they can’t grow plants that they used to be able to, only a few years ago. Some indigenous species, both animals and plants, are finding that warmer temperatures are forcing them to move further north, or to higher elevations to survive.

So how are we humans causing this build up of greenhouse gases to happen? We are doing this primarily by burning fossil fuels, that’s the oil, gas or coal we use to heat our homes, to keep our factories going, and to keep our cars and trucks on the road. The earth’s capacity to absorb carbon dioxide is reaching a saturation point, and there is nowhere for it to go but to build up in our atmosphere and in our oceans. A problem with carbon dioxide, different from a greenhouse gas like water vapor, which basically “disappear overnight”, is that carbon dioxide can stay in the atmosphere for upwards of a 1000 years. So, when people in industrialized countries start pointing fingers at countries like China and India, as these countries take off in their quest to become industrialized nations, its important to remember that Europe and North America have had a big “head start”. 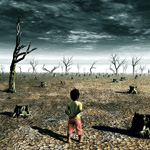 What can YOU do about it. You have heard the mantra, “ change your light bulbs, drive less, wash your clothes in cold water, turn down your thermostat in the winter and up in the summer” there are many “top ten lists” out there. Check them out. We will regularly list links to these lists on our blog and in our trusted sources to keep you reminded about them as well. Also, we will be keeping you posted on what is happening regionally and nationally to help change laws and effect change in a “bigger way” all at once, as well as over time. You can be an advocate in your town, city or neighborhood and we are going to help you understand how you can do this, easily. We know it can be crushing when you hear about what it will cost and what is involved in reducing global emissions. Let us try to make sense of this for you and to help you move forward through small acts, one action at a time, always moving forward towards the big ideas and the big picture.

Lets take the first question first. A persons “carbon footprint” is equivalent to the amount of carbon dioxide a person uses annually, through everyday living, like heating your home, driving your car, the foods you eat and your lifestyle choices. There are a myriad of “calculators” available on the web whereby you simply plug in information about your life and the calculator comes up with a number equivalent to your carbon footprint. As a yardstick, the average American produces approximately 20 tons of carbon dioxide in a year, the average world citizen, 5 tons. On our “trusted sources page” we list some reliable carbon calculators you might want to check out.

You will find that many carbon calculators are tied in to opportunities to buy “carbon offsets”. These companies and organizations are offering you an opportunity to “offset” your footprint, by buying credits that the opportunity to support a myriad of environmental projects, often projects all around the world. Trying to vet and ascertain that the projects actually do reduce greenhouse gases and are projects that wouldn’t have happened without the offset program are fraught with difficulties. There are however some reliable companies out there and we have listed a few of these on our “trusted sources” page. 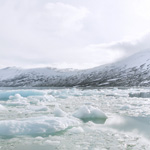 In the absence of people drastically changing their habits, the idea of offsetting bad behavior has its advantages. The moral dilemma arises when people use these offsets to ally their guilt and continue living unsustainable lives. The up side with offset programs is that at least these individuals and companies are now doing something to help reduce emissions by supporting projects that help our planet fight the fight against climate change. With large companies, there are several “carbon exchanges” world wide, and many countries, including the US, either have or are thinking about instituting programs that will reduce emissions through government directed “cap and trade programs”, “carbon taxes” or "fee & dividend" programs.

Simply put, cap and trade is a program whereby a company’s carbon emissions are “capped” or a limit on emissions is set. Once this limit is established and enforced, any additional emissions then need to be traded away for “credits” which can often be bought on an open market or in the absence of a formal market, from another company. In establishing a market, carbon credits are initially sold, or given away. The idea is to create a market for carbon credits, ultimately one whereby carbon dioxide becomes increasingly expensive to produce, and a credit increasingly more valuable to hold. In the US, in 2009 -2010 serious consideration was given to instituting a federal cap and trade program. Congress put forward a bill in 2009, but this "died" on the Senate floor. Many environmental groups argued in favor of this program, while others have held out for a direct "tax" or a "fee & dividend."

A “Carbon Tax” is more direct and taxes the use of carbon in many ways, including but not limited to the carbon you use through your purchases at the gas pump. This type of program is in practice in a number of places, including in the province of British Columbia in Canada. Another way of regulating emissions that is gaining ground in the US is a fee and dividend program. This type of legislation would put a fee on the amount of carbon dioxide in fossil fuels. The fee would be assessed at the fuel source, the mine, well or port of entry.  The fee would start of small and would increase in a predictable transparent manner, until green energy became competitive with fossil fuels. While fossil fuel companies would be able to pass the fee on to their consumers, this would be offset by the "dividend" that people would receive, 100% of the fee collected would be reimbursed to the American public. We could debate these various forms of legislation for pages, but at this point we will leave it to you to think about. Look for a discussion on these options on our blog and in our newsletter. Climate Mama’s advice, start making small chances that reduce the amount of fossil fuels you use, that limit the amount of garbage you produce, and that allow you to live a more sustainable lifestyle.