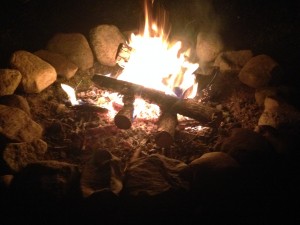 Back in 2013, we shared information with our Climate Mamas and Papas about a proposed infrastructure project just off the coasts of New York City and the New Jersey shore, that to us sounded more like a campfire horror story, rather then a real life multi-million dollar business proposal. This story is “back again” and is being shared both on line and in person by our Federal government and we wanted to make sure it is on your radar too.

Public hearings held in New York and New Jersey on January 7th and 8th drew more then 1000 concerned citizens. These hearings were announced just before Christmas, and required a herculean review of an 1800 page Environmental Impact Statement over the holidays. Yet at hearings in both New York and New Jersey 100’s of people came prepared and informed to make statements and 99% of these statements made where in strong opposition to this crazy proposal.

Never mind that world scientists are telling us we must keep 90% of ALL known fossil fuels (including natural gas) in the ground if we have a hope of averting catastrophic climate change. And that infrastructure projects like this just perpetuate our addiction to and dependance on fossil fuels. We know you know this! But for so many other obvious reasons, which we will point out below, this is just a ridiculous project, and a waste of our time and money even to seriously consider. Yet here we are. 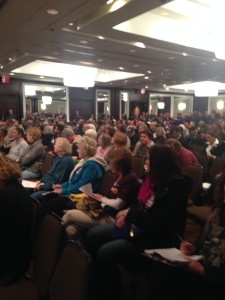 Imagine that in 2014 no natural gas was IMPORTED into the United States, at ALL. In fact, over the past few years, 4 Liquefied Natural Gas (LNG) EXPORT facilities have been approved by the federal government, and 14 other projects have submitted to the Federal Regulatory Energy Commission for approval, because of the oil and gas industries claims of “huge” amounts of natural gas in the US now available because of fracking, so much in fact that they are telling us we have more then we need. This alone should raise some serious “red flags” regarding a proposal to build an IMPORT facility.

Below is a copy of our statement, which our ClimateMama, Harriet, had planned to deliver at the New Jersey meeting. Given the huge number of folks who wanted to be heard, Harriet had to leave before her turn at the microphone, but we have since formally submitted our comments on line. We encourage you too to submit comments directly. Here is the link to do so. (The deadline on line states comments are due by February 10th. But at the hearing we were informed that the comment period would be extended a further 30 days)

My name is Harriet Shugarman, I present these comments as a stakeholder on behalf of the thousands of families in both New York and New Jersey that I represent in my role as the executive director of ClimateMama and as a board member of The Mothers Project.

We are strongly against the Port Ambrose Project.

Our review of the draft Environmental Impact Statement (FEIS) on Port Ambrose is that the additional material submitted since the last time a very similar proposal to this one was submitted, doesn’t in any way negate Governor Christie’s 2011 reasons for vetoing this project, which he succinctly summed up by saying that this project is just “too risky”…More specifically he referenced the risks to our fishing and tourism industries, and more generally he stated that this project was “not what New Jersey needed.” These same reasons clearly apply today. New Jersey gains nothing from this and only has the potential to see huge negatives. New York City and LI are already being supplied by natural gas pipelines that meet their current needs, so there is no inherent benefit for NY from this project either.

Our constituents living along the shore tell us their properties and their values have not only been shaken and damaged by Superstorm Sandy, but they continue to be threatened by extreme weather and sea level rise. These are realties they are facing now, not concerns for the future. In many places around the country we hear from people living in communities that are dealing with the reality of reduced property values because of proximity to pipelines, compressor stations and other oil and gas infrastructure. I ask if you have considered how an offshore re-gasification port will impact property values along our shore?

Investors around the world are getting extremely skittish about stranded fossil fuel assets, including planned and built infrastructure projects. Even with reduced energy prices, demand for gas for electricity and heating, which this project proposes to supply, is remaining steady at best and in many places falling. We see energy efficiency projects and increased renewable energy in our energy mix continuing to grow and thereby replacing and reducing the demand for fossil fuels. So, is the need really there for this complicated project just off our shore, or as renewable demand increases and as we improve our energy efficiency, could we as tax payers end up being stuck with a bankrupt LNG port connected to pipelines we no longer need, buried off our coast?

On this subject of need, which must be established as rational to build these huge infrastructure projects, Port Ambrose assumes increased energy “needs” in our region, specifically for IMPORTED gas. We feel this need is based on outdated reasoning that is no longer accurate. Port Ambrose states in it’s proposal that the current capacity to supply gas to Queens and Long Island is inadequate; met only by gas coming from the Gulf and western Canada. Since this proposal was conceived in 2009, FERC has approved numerous new pipelines projects carrying American gas from shale fields closer to home which supply NJ and NY with American gas. Several of these new pipelines in fact connect to the Transco Lower New York Bay Lateral pipeline, which serves Long Island and New York City and to which Port Ambrose proposes to connect to as well.

This increased supply comes at the same time that New York is actively exploring renewable options through its Reforming Energy Vision plan. In addition, and as has been pointed out, New York State’s ban on fracking because of health impacts is now setting in motion reviews around the country as well as in our region, on health impacts of other gas infrastructure. In considering the impacts of the Port Ambrose project, and the air and water emissions calculated into its design, I would ask if you have considered this latest data, the research and this new warnings?

Your documents state that the decision whether to issue a permit for this port will be based on an evaluation of the probable impacts including cumulative impacts of the proposed activity on the public interest, and in general the needs and welfare of the people. It seems very clear to us that our health and welfare is threatened.

Our mantra at ClimateMama: “Tell the truth, actions speak louder then words, and don’t be afraid;” I am here today to remind you that this mantra applies to you too as representatives of your respective agencies, and to our Governors in NJ and NY who will have the final decision on this project. Needs and demands are changing quickly. The world, including the United States, is actively working on plans to dramatically reduce our greenhouse gas emissions in the short-term horizon, and scientists have told us clearly that gas cannot be a transition fuel, even in the short term. This port is not the right answer for our future, nor is it the right answer for our now.