Mamas and Papas: We need you in Washington to speak for the Earth (and your kids)

Citizens Climate Lobby (CCL) is an organization we at Climate Mama greatly respect and would like to encourage you to learn more about. We have watched CCL grow stronger and expand over the past few years, and we see it as a “beacon of hope” in the battle against climate change.

Therefore, it gives us great pleasure to share this guest post by Steve Valk, the Communications Director of CCL with you. Share it with the kids in your life too and see what they think about a summer expedition to meet Steve and other CCL folks in DC this summer!

Calling all Climate Mamas and Papas: We need your voices in Washington to get Congress off the dime and working to enact national policies to preserve a livable world for our children.

The coal and oil companies have a vested interest in maintaining the status quo, and they spend tons of money on advertising campaigns and paid lobbyists to influence 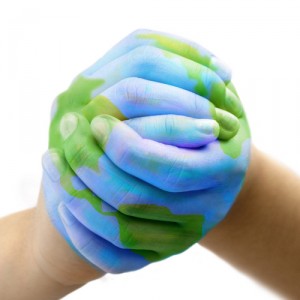 Next month, July 22-24, you can use your voice to make a difference by coming to Washington to be part of the Citizens Climate Lobby 2012 International Conference, also know as The Cure for Climate Trauma. Hundreds of volunteers will gather to:

1) acquire the skills and knowledge they need to be effective lobbyists for the planet and then,
2) go to Capitol Hill for meetings with members of Congress and congressional staff to deliver a simple message: Put a price on carbon that weans our nation off fossil fuels and speeds the transition to clean energy.

Most of us never tire of showing pictures of our kids. Imagine this: You go to a congressional office and find yourself sitting across the table from your representative. You take out the wallet photos and say something like this: “This is my son and this is my daughter. I’m here talking to you today because I don’t want the world to be a horrible mess when they grow up and start thinking about having kids of their own. I know you don’t want that, either, so let’s talk about how we can preserve a livable world for ALL children.”

Even better: Bring your child with you to Washington, introduce them to your member of Congress and let them ask, “What do you plan to do to stop climate change?”

CCL is a grassroots, non-partisan organization that is working to build the political will for a stable climate. We train and support volunteers to develop relationships with members of Congress, the media and community leaders that will lead to enacting effective climate legislation. The focus of our lobbying efforts is a bill that will put a steadily-rising fee on carbon-based fuels and return the revenue to all households. The price on carbon will shift massive amounts of investment away from fossil fuels and toward clean energy. Returning the revenue to the public will shield households from the economic impact of rising energy costs associated with the carbon fee.

A bill has been introduced in Congress that takes this approach. It’s called the Save Our Climate Act (H.R. 3242). While we don’t think this bill will be passed in this Congress, we’re working to bring Democrats and Republicans together this year to draft legislation that members of both parties can agree on and introduce early in the next Congress.

Many people look at the partisan bickering going on these days and become pessimistic about the prospects of our government taking action on climate change. It is, indeed, a very toxic environment. But if you come to Washington next month, you can help transform this vortex of despair into a beacon of hope.

For those of you familiar with the work of Dr. James Hansen, America’s leading climate scientist, I offer his words of encouragement:

“Most impressive is the work of the Citizens Climate Lobby, a relatively new, fast-growing, nonpartisan, nonprofit group with [60] chapters across the United States and Canada. If you want to join the fight to save the planet, to save creation for your grandchildren, there is no more effective step you could take than becoming an active member of this group.”

If you’re ready to reclaim your democracy and save the world, I’ll see you in Washington.

Steve Valk is communications director for Citizens Climate Lobby. He lives in Atlanta where he and his wife Sara have two sons who are young adults. He looks forward to becoming a grandfather in the years to come.

Our Footnote: At ClimateMama we are encouraged and remain hopeful because of citizen’s activism – people bringing about policy and regime change the world over – the Arab Spring, The Occupy Movement – organizations like CCL and 350.org are but a few recent examples of how the power of regular folks can “make change” by waking up and galvanizing people around a common cause. People need to feel that they have the right to question policies and government decisions and even entire regimes that don’t quite “square” with what they believe or see as “looking out for the public good.” And more importantly that the “next step is possible,” that they can have an impact on effecting and creating change. Particularly here in the US where we are fortunate to live in a democracy, our elected officials are supposed to represent us – their constituents – something we need to remind them of more often!

Over the past year Climate Mama has watched and participated in activist and lobby movements around the USA, in Washington and recently in New Jersey, where the power of people to convince and persuade their

elected officials has impacted policy decisions, i.e. stopping the Keystone XL Pipeline, and hopefully creating a BAN on fracking waste. Citizen movements and groups, like CCL, are incredibly powerful examples of how regular people, working together for a common good, can stand “toe to toe” against the power of big corporations and full time lobbyists that are promoting corporate interests above those of our planet and the health and welfare of it’s citizens. Our message to you: “You really can make a difference.”

If you are looking for a memorable family vacation this summer consider a visit to Washington DC. Join CCL and introduce your kids to their elected officials and to the power that people can have. Stay a day or two longer and join the national rally in Washington to Stop Fracking on July 28th.