IPCC Report on Climate Change: NO time to waste! 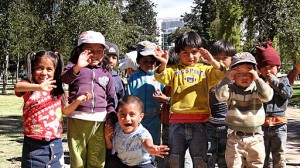 “We can’t prevent a large scale disaster if we don’t heed this kind of hard science,” Secretary Kerry said in a statement following the November 2nd release of the IPCC Synthesis report. “The longer we are stuck in a debate over ideology and politics, the more the costs of inaction grow and grow. Those who choose to ignore or dispute the science so clearly laid out in this report do so at great risk for all of us and for our kids and grandkids.” John Kerry, Secretary of State, USA.

To all our Climate Mamas and Papas, this is real, and it’s really scary, serious stuff. But we must remember that our children are watching..and our ClimateMama mantra has never been a more important lesson then it is now: “Tell the truth, actions speak louder then words, and do NOT let fear paralyze us!” We have provided background on this 5th Assessment report to you over the past year and this final summary for policy makers makes it crystal clear that the facts aren’t going away, and we can’t hide from them. It is unconscionable to us, that here in the USA – and in other parts of the world too – there are still elected officials who debate and deny the facts. This must be changed…

Our top 3 takeaways from the Intergovernmental Panel Synthesis report released on November 2nd, 2014:

1. Climate change is here, now and caused in large part by the burning of fossil fuels.
2. We must demand that our governments work out an immediate phase out of fossil fuels, not a transition to renewables but a giant leap. We have no time left to debate the facts. Fossil fuels must be left in the ground; fossil fuels are coal, oil and GAS..natural gas IS a fossil fuel too.
3. We must and should have hope. It is still possible to avert the worst damages and build a positive future for our children and us.

Share this great video by our friends at Greenpeace with the kids in your life; we all can and must be part of the climate change revolution…it begins with each of us!

For more details on the IPCC report, check out the following overview by our friends at the TREE a wonderful service of Global Call for Climate Action

IPCC SYNTHESIS REPORT
From our friends at the TREE

In the most comprehensive, authoritative and scrutinised assessment of climate change ever produced, the Intergovernmental Panel on Climate Change (IPCC) has offered its starkest warning yet about the challenges facing humanity. Not only does the IPCC show that climate change is real and that its impacts are happening faster than ever, but for the first time it lays out the true extent of human influence on the climate system. While previous estimates say human activity – primarily the burning of fossil fuels – is responsible for more than half of all warming, the latest report shows we are actually responsible for all warming since 1951.

But the main takeaway for decision makers is this: governments can no longer just be talking about emissions reductions, they need to work towards a complete phase out of fossil fuel emissions globally. The IPCC makes it clear that emissions need to go to zero if the world is to keep global warming below the internationally agreed limit of 2DegC. In the words of experts and observers tracking the IPCC process: “The science is in and it’s game over for fossil fuels”. For the first time, the Fifth Assessment Report includes a strict carbon budget for governments, of which over two-thirds have already been used up. At current rates the world would burn through the rest in less than 30 years. For the best chance of avoiding severe levels of warming, governments will need to peak emissions, rapidly phase fossil fuels down to zero and transition to 100 percent renewable energy.

Such a transition is not only possible, but is economically viable, according to the IPCC. Rapid development of renewables since the body’s last Assessment Report in 2007 means that clean energy is cheaper and stronger than ever before, and bringing multiple societal benefits – including increased energy access, jobs and improved public health. Continuing down such a path and investing in renewable energy in the next few decades will also be cheaper than paying a rapidly growing bill for “severe, pervasive, and irreversible impacts.” Such cost savings would vastly outweigh the costs associated with the clean energy transition, says the IPCC.

Requested and endorsed by governments, the release of this report – which ends a five year process covering 30,000 pieces of evidence and involving over 2000 scientists – should act as a guide for governments working on a new global climate agreement which is due for sign off in Paris next December. Speaking at the launch press conference, IPCC Chair Rajendra Pachauri said the scientists were now “passing the baton to policymakers and the decision making community” to act on the report’s findings.

Also addressing reporters in Copenhagen, UN Secretary-General Ban Ki-moon warned that “the science has spoken, there is no ambiguity in the message. Leaders must act now, time is not on our side.” At the Secretary-General’s climate meeting in New York in September, government leaders put climate change back on the political agenda, while outside the UN hundreds of thousands of people took to the streets calling for more climate change as part of the Peoples’ Climate Marches. The people have spoken, businesses demand action, investors want long-term certainty, and IPCC scientists have set government’s a clear choice: “either put policies in place to achieve this essential shift, or they can spend the rest of their careers dealing with climate disaster after climate disaster.”
____

So, what are you doing to help move us to renewables and create climate hope? Let us know, and let your friends and family know too!

Check out what we did this past week 🙂 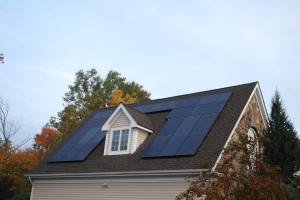 3 Responses to IPCC Report on Climate Change: NO time to waste!