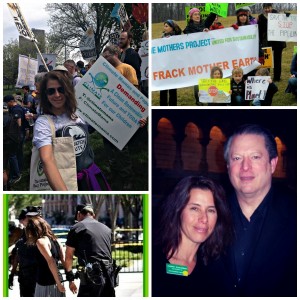 Ten years ago my children were in grade school, I had recently moved out of New York City and my “day job” working at the United Nations was coming to an end. As I was settling into a new life in suburbia, I was trying to figure out what my next steps would be, both personally and career wise. Then I saw the movie An Inconvenient Truth (AIT) and I knew my life would be forever changed. It truly was one of those “ah ha” moments for me; my eyes were now wide open and I couldn’t let them shut again. I knew that I had a role and a responsibility to help others understand the extent of the crisis unfolding before us, and I began to figure out how to put this role into action. Six months later I was in Nashville, TN, at one of the first “training” groups of the newly formed Climate Project, now The Climate Realty Project. My marching orders leaving Nashville were crystal clear. Educate, empower and activate my community on the climate crisis.

Ten years later, ClimateMama is a thriving and active community of parents around the United States and in many other countries around the world. Our mantra: “Tell the truth, actions speak louder then words, and don’t be afraid” is empowering thousands of people to take action on the climate crisis and create and demand a livable future for ourselves and our families. 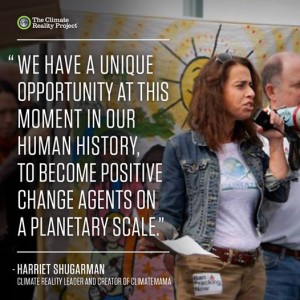 Reflecting on a personal note, AIT was my wake up call for finding my voice, my power and my truth. I am a nationally recognized spokesperson on climate change. I have been arrested in Washington DC, I have spoken to national government committees, on state house steps, at rallies, schools, in church basements and in packed auditoriums. I have been featured on national television, on videos, on radio and Webtv. I write for national and regional publications, I am a college professor, a community leader, an organizer and an activist. I help shape government energy policy and organize events to bring the reality and truth about the climate crisis to people around the country. AIT helped me travel from Mama to ClimateMama inspiring me and forever lighting a burning passion and powerful spark to my life long journey of education, exploration and hope.

Al Gore, The Climate Reality Project, thank you from the bottom of my heart. I am forever grateful.

Join me in signing the pledge to take action on climate change. Share your truth, tell your story. How has the world changed in the last 10 years, how has YOUR world changed?